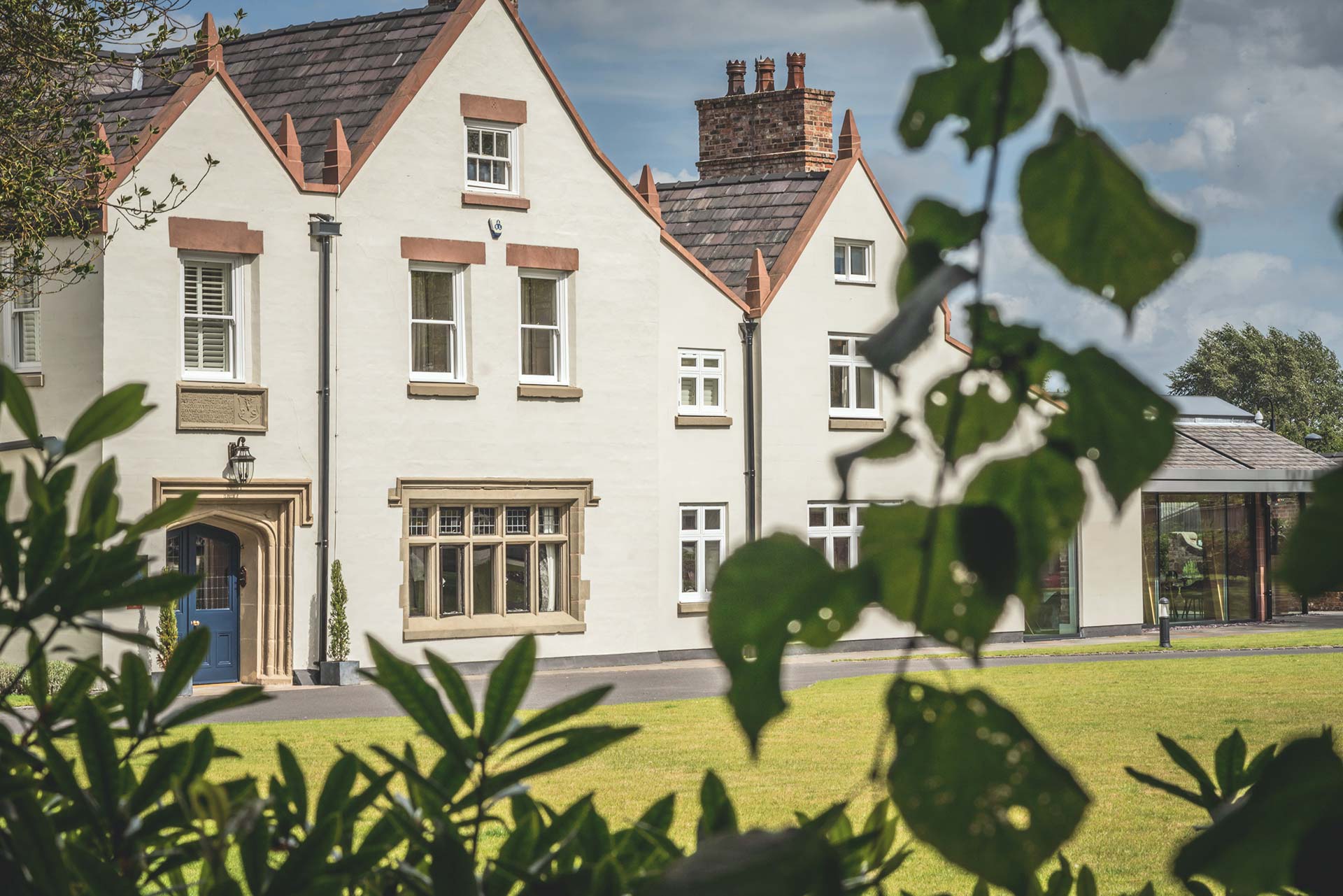 In 2016, after almost ten years working under the watchful eye of Simon Rogan at the infamous two Michelin-starred restaurant L’Enclume, chef Mark Birchall decided it was time for pastures new. His goal was to create ‘something truly special’ and that’s exactly what he’s done. Moor Hall in Aughton, Ormskirk is a stunning grade II* listed building that is steeped in history dating back to the thirteenth century.

Set in five acres of gardens with its own
lake, the venue offers not only a two Michelin-starred restaurant but seven luxurious guest bedrooms and a neighbourhood eatery, The Barn. The beautiful glass-fronted restaurant has an open kitchen as well as a walk-in cheese room, where diners can select their favourites from some of the best British and Irish farmhouse cheeses. Charcuterie is also homemade and honey originates from Moor Hall’s five beehives located within its verdant grounds.

When dining at Estrella Damm’s official No. 1 Restaurant of the Year for both 2020 and 2021, diners can choose between a four or eight course tasting menu priced at £95 and £195*.

*Prices correct at time of publishing.

02: The Angel at Hetton, North Yorkshire

The Angel at Hetton put gastropubs on the map in Yorkshire in the 1980s when the Denis Watkins led the kitchen team to great success. Taken over by Michael Wignall and his wife in 2018, the restaurant was awarded a Michelin star in the 2021 guide and food can be enjoyed a la carte or by tasting menu.

Clare Smyth cut her teeth working with Gordon Ramsay where she became the first British woman to hold three Michelin stars. She matched this success in 2021 with her own restaurant, Core, which offers haute cuisine in a chic and modern dining space. With an emphasis on natural, sustainable food, Clare sources products from the UK’s most dedicated farmers and food producers.

Simon Rogan’s Lake District restaurant, L’Enclume, needs little introduction. Its distinctive brand of modern yet naturalistic cooking has inspired the menus of chefs up and down the country. L’Enclume holds two Michelin stars, five AA Rosettes and was named the number one restaurant in the UK by The Good Food Guide 2020. Set on the river in Cartmel, diners are treated to homegrown, handpicked ingredients with a punch of creativity.

Sabor translates as ‘flavour’ in Spanish and that’s exactly what visitors can expect from this swanky London spot. Downstairs at The Counter is a traditional Spanish tapas bar with buzzy atmosphere, open kitchen and small plates galore. Ascend the spiral staircase to El Asador for an entirely different experience with communal tables and Mediterranean fare cooked in a traditional wood-fired oven.

Your cart is empty.